It is evident that music elicits several different reactions from different individuals. Music helps one to get excited, feel calm, shifts our emotions to different levels, make us sad, can soothe our feelings and also can bring together different individuals together. This shows that humans love music very much. People can keep in memory music for several years and still remember the emotions they first felt when they listened to it.

Humans are able to keep in memory lots of songs with the songs’ rhythm, melody, lyrics, pitch, and tempo. Music at the moment is produced in every place from the piano play to the complex music production with different instruments. Music hence is important in our daily lives as it the determinant how one will perceive objects.

The advertisements usually carried out over the televisions and other media tend to be assumed since there are lots of them being advertised. Some people also don’t see the value of the advertisements being made. Since there exists a lot of adverts being made, and people are busy with their daily activities the probability of watching adverts is minimal.

The advertisements that are made through publications like the newspapers are thought to be more reliable as opposed to sources like the television. Advertisements done on the media are mostly taken for entertainment. Often a customer s interest is based on the preferences and the needs one has. Age is also known to play a major role in determining the ability for ones paying attention to the advertisement.

Persons making the advert should ensure that the emotions they create on the person watching are that of happiness to get the viewers attracted. The emotional feeling that comes up with the advertisement can improve the people memory, their attention, and the attractiveness.  For the commercials that are easily understood by the people are the ones that entertain have a good appealing picture and entertaining.

The mood is also seen to be a major contributor to one’s attention. like when one is excited and is watching an advert being made there is a high chance that the perception of the individual will be positive as opposed to the person having low moods. It also determines the probability of one to remember about the product as the happy mood could increase the chance.

Gorn research showed that when music that was used in the advert was liked by the audience, the memory depended on how much they liked the music. Alpert conducted an experiment where he handed out cards like the birthday and the anniversaries with a song in the background and those without and noticed people liked the one with the music. To their surprise, the cards with the sad songs got more purchase than for the happy mood.

Oakes researched the advertisements and realized the television can times be considered boring. But with music even if the advert was being repeated it could still be enjoyable especially for the mature people. People get used to the advert and give more attention to it. Valence congruity is considered where the higher the liking of chance people like the song the higher the chance they will like the product.

Advertisers are hence advised to be keen in the selection of the music. Semantic congruity is also considered where the music lyrics rhyming with the advert to be done increases the chance of the memory in individuals. This helps for the individuals to get the message even when they are busy since they can get the message with the music at the background.

Gene congruity is also when the music fits in the message that is delivered like when an advert is India the music should be Indian. This way of advertising help in remembering the advert visually since the emphasis is placed on the music played and less given to the talk.

Timbre congruity is also necessary where the tone that is used in the music plays a major role in getting the people the message. Score congruity is when a song is composed specifically for the advertising purpose of the commercials.

In understanding the impact of playing music on the background when one is making an advert one should focus on the attention and the ability to keep in memory the information being delivered.  In one paying attention to the product and keeping it in memory can positively affect the ability of one to have confidence in the product and see the ease of accessing the product. In one gaining confidence with a specific product, the attention to be given to that specific product should be 100% to absorb every detail.

For one to access the product, the ability to keep in memory of the product should be very high since the higher the memory the higher the probability to purchase. In his research, Allan evaluates the effect of the common music used in the advertising on the television stations in affecting the consumer memory.  He evaluated what type of common music in advertising that could create 100% attention to the product and one to have the best memory concerning the product. He evaluated music that is very original with the vocals, the one that is a bit distorted but is original and the music that does not have vocals at all and the one that doesn’t have any music at all.

He discovered that one has to pay attention first before the advert can get to the memory. This indicates that if one doesn’t show any attention to the product being advertised, then the chance that he or she glimpses the information is very minimal.  For the commercial being advertised to be given attention, the song to be played should be relevant and have some meaning to the consumer. Like when one is advertising a product and uses a hit song at the club that doesn’t have meaning won’t catch attention as a song that has an emotional feeling. The song’s lyrics should be in relation to the advert.

It has been discovered that acquiring information is boosted by playing a catching music piece on the background.  The melody of the song is known to assist in providing a framework helping in one keeping it in memory and also encoding the information being conveyed. The study of Allan indicated those original songs that are famous and having altered vocals showed a higher response in paying attention to the songs as opposed to the songs that had no vocals.

The main determinant of the amount of attention paid and the memory one gets is based on the persons will. The person’s significance plays a part in the stimulating the power of advertising. This is guaranteed since one would give attention if music that is used in the advert is the favorite song in the background. The Allan’s people were seen being mere attentive to an advert that had vocal as opposed to the advert that had no vocals.

It is seen that the songs that are popular have a very high influence on the memory of the individuals. However, the costs of hiring this song for the purpose one intends to is quite expensive so the need to opt for the lesser expensive music. The persons making the advert too should consider a not so common song since it is a repetition of the song. Sometimes the artists reject the use of their songs in the advert as they consider it degrading their music.

Various musical elements are also known to influence the consumer mood. Tempo is known to produce a happy mood and is pleasant to listen to.  Rhythm is also important since it shows humorous and happy emotions.  Music with a high pitch was also known to be more preferred since it produces different emotions among individuals.

Hence for the advertisers to make the message get well understood and easy to remember for the adult, they should know the music congruity, know how people respond to the music, know some consumers may react negatively to the message, select the music that is not being repeated a lot, know the songs that are common and they know the music elements. 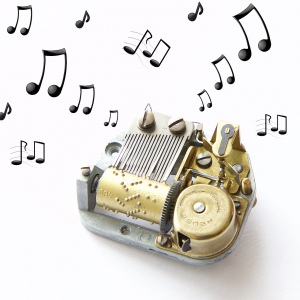